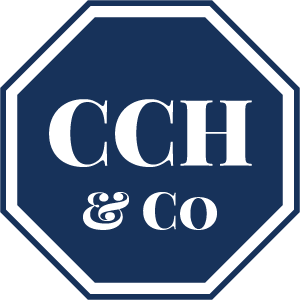 Founding partners Sydney Cartwright and William Dunlop Cunningham qualified as solicitors in 1888, and went into partnership shortly afterwards. They set up their first office in Paternoster Square, near St Paul’s Cathedral, and the firm continued to have a presence in that immediate area until 1940, when the offices (then at 4 Paternoster Square) were completely destroyed by enemy action.

Sydney Cartwright retired as a partner in 1937. He lived in Sevenoaks and worked in the City office all his life. In 1926 he was joined by his son Geoffrey.

William Cunningham lived in Carisbrooke Road, Walthamstow, and later at Highams Park, and it may have been this fact that led to the firm opening an office at 199 Hoe Street, Walthamstow — a site now occupied by a roundabout. Cunningham retired in 1917 and went to live in Bournemouth, but remained a nominal partner until 1925.

Harry Cliff Haselgrove was admitted in 1902 and became a partner shortly afterwards, although the name of the firm was not changed to include his name until 1924. He became principally responsible for both offices, spending his mornings at Walthamstow and his afternoons in the City. Haselgrove was by far the most energetic and commercial of the three partners. It is reported that the office boy at Walthamstow was stationed at the window overlooking the railway station: immediately the signal changed he would call out, and Mr Haselgrove would pick up his hat and coat and walk straight onto the train as it arrived at the station.

The practice at Walthamstow expanded steadily, and by the Second World War it was far bigger than the City office. A new office was opened at the Baker’s Arms in Leyton in 1930.

In 1932 Haselgrove was joined by Sydney Copestoke Hall, originally as an assistant solicitor and afterwards as a partner. Leslie Harold Jee, who originally joined the firm as an office boy, qualified in 1936 and later also became a partner.

Before the war the firm was heavily involved in development on a large scale — not just in Walthamstow, but Chingford, Woodford, Rustington, Bristol and elsewhere — but 1939 brought all this to an end. The firm’s activities were curtailed and members of staff left to join all three services. The burden of the entire practice then fell upon Jee, who managed almost single-handed, since Haselgrove was by then suffering from ill-health. Jee divided his time between the firm, the Home Guard (which was then running heavy anti-aircraft guns), and the practice of a Mr A S Coldham, who was serving in the RAF.

After the war, when staff returned — fortunately none were killed, although Hall was wounded in Normandy — life returned to normal. Jee returned Mr Coldham’s practice to his own care, and re-opened the Leyton office, where he was joined by H C Haselgrove’s sons — Norman in 1946 and Basil in 1948. Both became partners upon qualifying.

The post-war years saw steady expansion as offices were opened in Chingford and Woodford, and the Hoe Street office became much larger, first taking over adjoining premises and subsequently moving into bigger premises next door.

The post-war world was a changed place, and these changes brought alteration and complexity to the practice of law. The firm changed with the times, and more solicitors were recruited on the basis of their talent and expertise, some becoming partners on merit, including John Woolliams who joined the firm in 1962 and became a partner in 1969. Norman Haselgrove’s sons, David and Michael, joined the firm and became partners in 1973 and 1975, respectively; while Leslie Jee retired in 1974 and Sydney Hall in 1980. 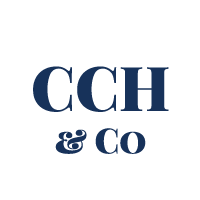